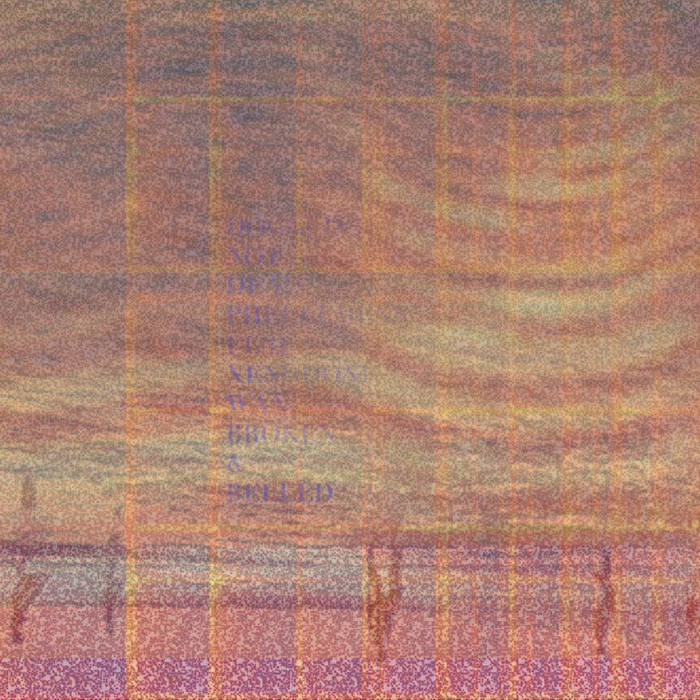 Inspired by the interstitial.

Over the years I've worked in a number of musical formats and ensembles. Though there is sometimes a blurring between what sits where, Lortica is a strictly separate entity purely by the intensity of the process. Thematic and technical concepts are derived over months, while the compositions are typically reduced to a few intensive weeks. In the case of Phellemens, the album was born from the idea of taking the analogue granular qualities of Mialle Tapes and applying them to more traditionally composed structures. Writing tracks using an omnichord, piano, synthesizer, samples and fabricated trombones, the 'songs' were melodically pretty yet aesthetically abhorrent. Combining extremities in digital and analogue pitching and stretching, each track was dubbed down to the Tascam four track and mixed in heavily effected, performative takes where the sonic emotions came through in wholly absorbing, miniature rapture. In a way, it was the most satisfying live performances I've experienced to an audience of no one.

Originally conceived with a vocal collaboration in mind, the album gathered digital and analogue dust for a year in waiting. Realising the project held its own virtues that were accentuated by the apparent absence, Phellemens is an attempt at capturing micro longing and disappointment; a series of studies in non-drama that reflect how personal shifts can feel and appear flat and unnoticed, yet may resolve in grotesque shapes over time.