by The Octopus Project 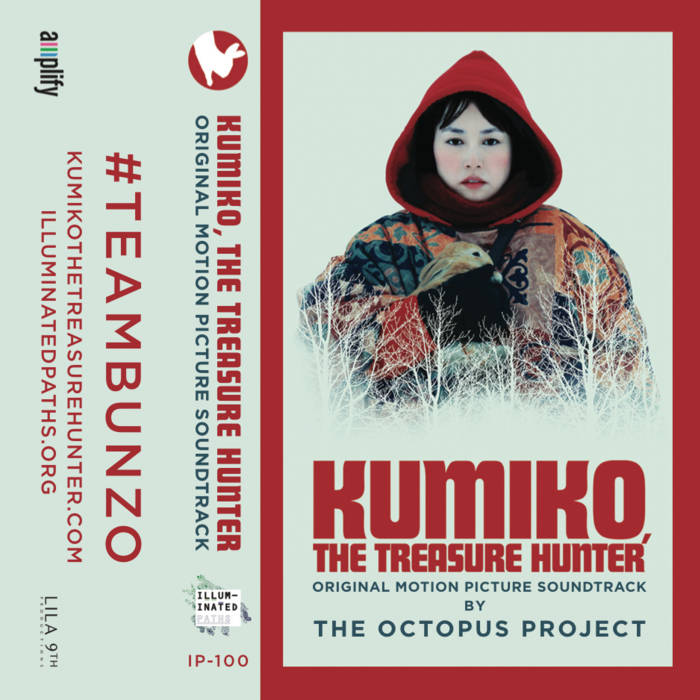 The story is based around the urban legend surrounding the death of Takako Konishi. It was reported in the media that she had died trying to find the treasure depicted in the 1996 film Fargo. In actuality, she committed suicide.

In this darkly comedic odyssey, Academy Award nominee Rinko Kikuchi (Babel, Pacific Rim) stars as Kumiko, a frustrated Office Lady whose imagination transcends the confines of her mundane life. Kumiko becomes obsessed with a mysterious, battered VHS tape of a popular film she's mistaken for a documentary, fixating on a scene where a suitcase of stolen cash is buried in the desolate, frozen landscape of North Dakota. Believing this treasure to be real, she leaves behind Tokyo and her beloved rabbit Bunzo to recover it - and finds herself on a dangerous adventure unlike anything she's seen in the movies. With Kumiko, The Treasure Hunter, indie mavericks the Zellner Bros. spin a strangely touching underdog fable, populated by eccentrics and elevated to sonic heights by a Sundance award-winning score from electro-indie outfit The Octopus Project, that will leave audiences rooting for the impossible. (C) Amplify