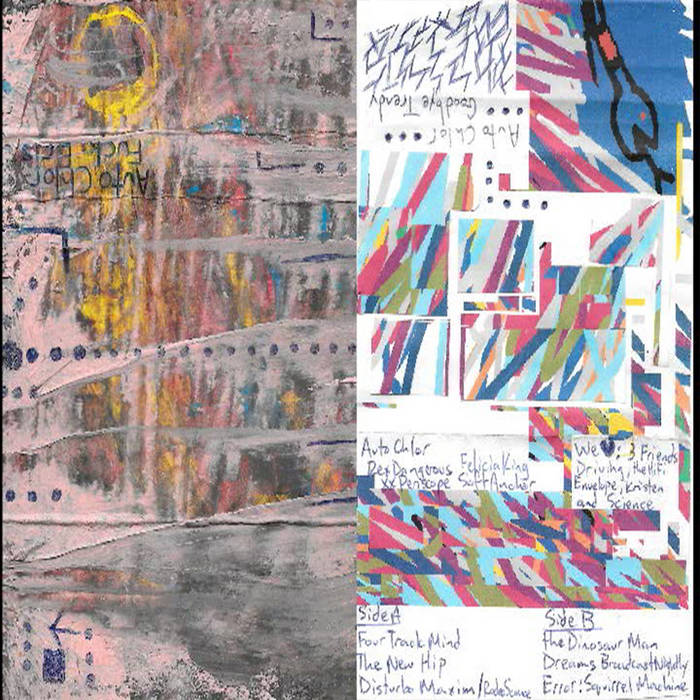 Cassette #2 of a 4 cassette, 7 album extravaganza on Illuminated Paths!!!

Pulled from the original master cassettes by Joshua Rogers of Illuminated Paths and Broken Machine Films.

'Fuck Eris'
SIDE B
01 Building Walls From Old Records
02 Auto Island
03 Contest For Who Was Most Unpopular in High School
04 Panty Raid (Live @ CJ Shooters '88)
05 We Never Found
06 Star Wars Pig
07 ...Dungeness
08 Reconstructive Eyes
09 Song To Get Kicked Out Of College By

Check out album 1 of this set through IP here/hear...
illuminatedpaths.bandcamp.com/album/next-text-stop-fuck-you-u-k-fuck

Auto Chlor was formed by x.x. periscope (Timothy Murray) in 1996. What started as a solo endeavor spread into a collective when x.x. met Rex Dangerous (Brian Lee) and $ (Brian Baskoff). Everything you hear contained in Auto Chlor's sounds was recorded in one take with just a touch of post production trickery and mixing magic. What you are listening to was recorded from 1996-2001. In that time period only 7 other human beings (and 3 cats) have listened to these tracks. x.x. and the entire Auto Chlor family want to thank Illuminated Paths for being silly enough to release this amazing art.

This is a collective.
If you wish to join Auto Chlor please contact us at...
timothyjfxmurray@gmail.com
www.autochlor.com (our parent company)
soundcloud.com/auto-chlor (more garbage)
www.facebook.com/Auto-Chlor-309560312438234/