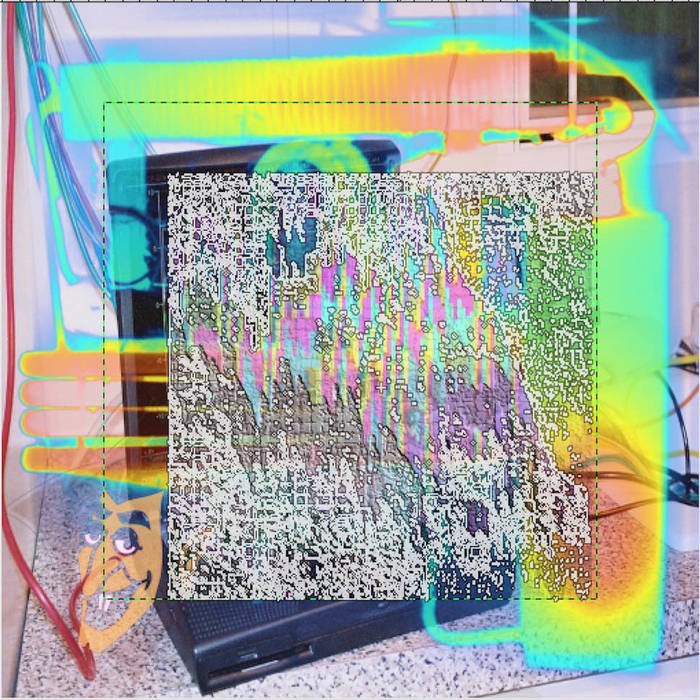 "Captured during a particularly frigid, dark Brooklyn evening -- Sam (Inis, Aroma :: Wet Marble, others) handled a borrowed obsidian Melody Maker guitar, while Andrew (Lent, Circadian Polyrhythm, Corsica Annex, others) habitually smashed his already-bloodied forehead against a malfunctioning Ensoniq keyboard, as is customary during the arduously conjured recordings of Thistle Dew. The evening's ritual was intended to generate an admittedly meager simulation of bodily warmth, as well as peaceful reconciliation with the day's long torrent of varying images and scenes, temporally ingested through the ignited mental filters of both performers. Seconds after the boombox's recording-head hit the church's recycled oxidized tape and the duo began their familiar motions, the entranced fire-escape urchins recognized the looming presence of an immortal entity, who immediately began embedding messages onto the moving tape through a disembodied configuration of electrically-powered gear-pieces. The desired meditations on coziness and understanding were fatefully laced with blunt-force fractures of a harsh, unfamiliar reality, and the duo soon agreed that the resulting cognitively-projected latticework stood as an acceptable sacrifice to the undying coacoa-scented bloodsucker, who would go on to relentlessly stalk their sleep-deprived cerebellums during the months to come."