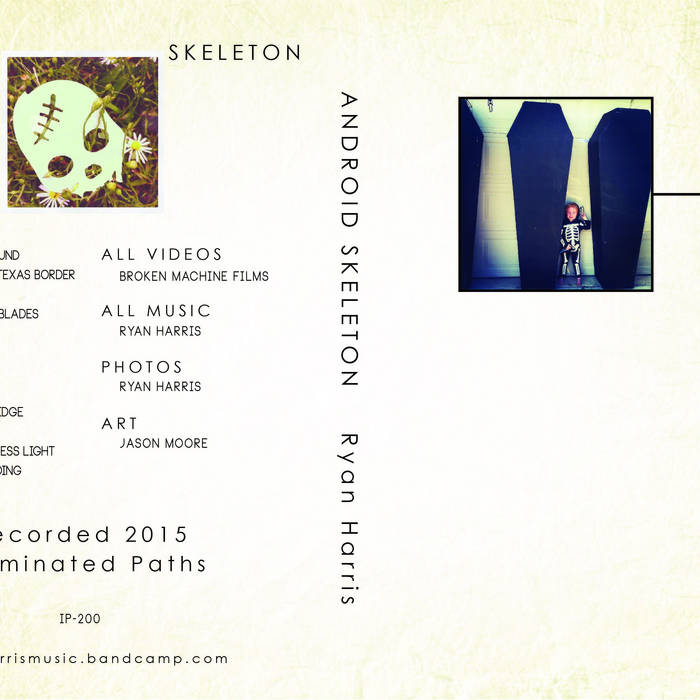 JoeD Android Skeleton by Ryan Harris has been a favorite of mine from the moment I first heard the first track. The tracks are true the theme suggested by the album title. At times the tracks sound like an homage to Boards of Canada or William Orbit yet they hold true to this “Android Skeleton” theme. Favorite tracks are 1, 3 and 5. Track 1 draws me in and induces fear and wonder as though I’ve happened upon a flying-saucer crash site; Track 3 evokes a liberation march in lock-step with extra-terrestrial beings; Track 5 is a kind of dirge with contrasting drones and bright cords, both melancholy and fleetingly hopeful. With this album, Ryan Harris has created a visceral, primordial world that remains slightly beyond human reach but keeps me coming back to hopefully catch a glimpse.

check out other ryan harris on IP here/hear...
illuminatedpaths.bandcamp.com/album/sun-sand

or hit up ryan harris himself here...
soundcloud.com/rharris