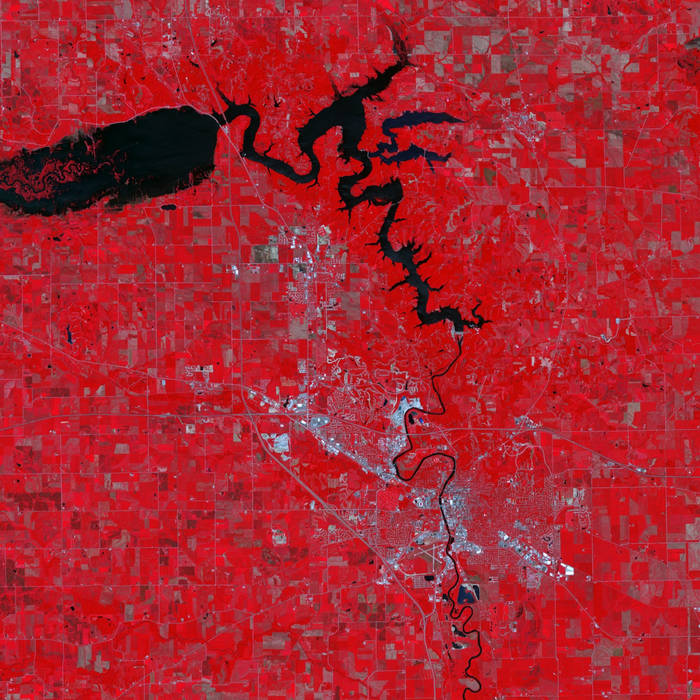 Montreal-based experimental musician/sound artist Martin Rodriguez and left-field beat-maker Leon Louder have been recording and performing together as Data Slum since 2016, using a multitude of sonic machinery to create a saturated, textured, lo-fi alien landscape. Their first offering “Overload” was a cacophonous, amorphous barrage, all nonsensical polyrhythms and squawking dissonance, reflecting a hyper-stimulated, technology-wasted world.

Known for their intense live sets and hardcore improvisation, the duo were randomly booked to play for two hours at an idyllic, outdoor family-oriented venue, leading them to spend a large amount of time preparing meditative, soothing pieces to play in that context. These happened also to be the months preceding and following the start of the Trump presidency. As both Rodriguez and Louder have roots in the ‘states (Rodriguez is the son of Mexican American immigrants and Louder is the offspring of a draft dodger), what was intended as hypnotic ambient instead bubbles over with torment, anxiety, and foreboding. "American Trance" is the result of those and other sessions, interwoven with field recordings of a train trip from Montreal to Los Angeles, recorded in 2013.

American Trance will be release May 16th via the American cassette and digital label Illuminated Paths. The album launch party will happen the same date at Vitrola (4602 St-Laurent, Montreal, Quebec, H2T 1R3) featuring performances by Data Slum, Valeda, Corazon de Robota, & Joel Lavoie. Doors are at 8pm and tickets are $10